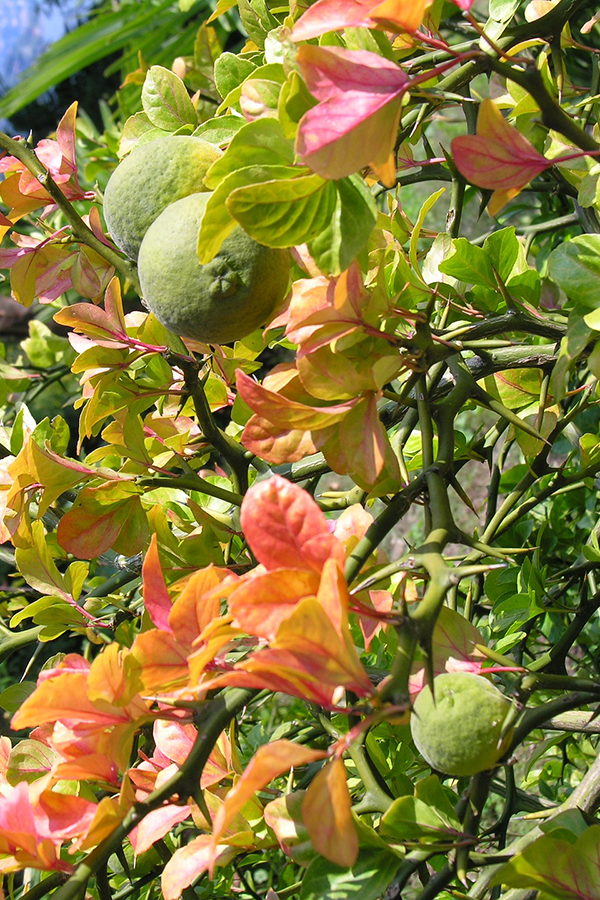 Native to eastern Africa and tropical Asia, bitter orange now is grown throughout the Mediterranean region and elsewhere, including California and Florida.

People use bitter orange for conditions such as weight loss, upset stomach, and exercise performance, and many others, but so far, science has shown only that the oil, when applied to the skin, might be effective for the treatment of fungal skin infections (ringworm, jock itch, and athlete's foot).

In foods, bitter orange oil is used as a flavouring agent and the fruit is used for making marmalades and liqueurs such as Triple Sec, Grand Marnier, Cointreau, and Curacao.

Because the fruit is so sour and bitter, it is rarely eaten, except in Iran and Mexico.

The dried peel of the fruit is also used as a seasoning.

Description. Evolution. Treatment.
« BACK
UP
NEXT »

« Birch
Dictionary
Black Locust »
« BACK
UP
NEXT »