When It comes To Fighting Infections, Viruses And Bacteria, Garlic Is One Of The Most Powerful Foods. 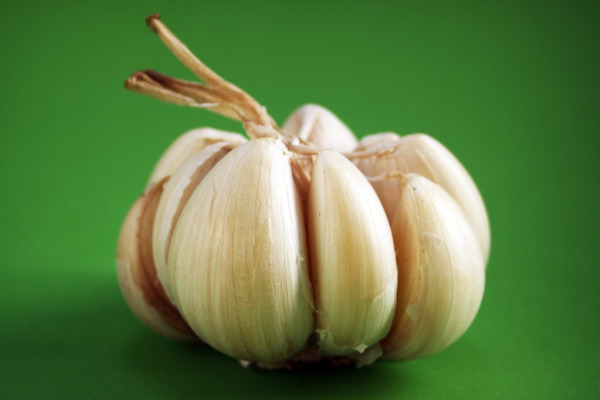 When it comes to fighting infections, viruses or bacteria, garlic is one of the most powerful foods. Moreover, over time, it has proven to be effective in digestion, hypertension, or nervous system disorders.

Thanks to the allicin, the substance that gives the taste and the smell of garlic, this spice helps the body in the digestion process. According to studies, allicin also contributes to weight loss, because it reduces appetite.

Garlic helps strengthen the immune system, which means that the body fights more easily with infections in the body, so with viruses and bacteria that cause colds and flu. Studies show that people who have taken garlic-based natural supplements have reduced the number of colds by as much as 63%, unlike those taking placebo supplements.

Symptoms of high blood pressure can be reduced with ease because of magnesium content and selenium. Scientists say it is advisable to consume 4 cloves of garlic daily. Reduces bad cholesterol. Another benefit of garlic is to reduce the level of bad cholesterol, LDL in the body, the substance that can favor cardiovascular disease. Several studies have shown that people who received garlic supplements each day had lower levels of bad cholesterol and total cholesterol by up to 15%.

Antioxidants found in this spice help neutralize free radicals, responsible for premature aging. Garlic helps fight oxidative stress, which leads to cell damage. Thus, it can significantly reduce the risk of developing nervous system disorders such as Alzheimer's and dementia.

Following a 2005 research, it was shown that people who suffered from heart disease who received garlic oil capsules for six weeks improved their resistance to exercise. Also, another research has suggested that fatigue that occurs after physical effort can be reduced with garlic.

I am the owner of the Plantfont website and I'm delighted to share my ideas with you here. Let me know your thoughts too!